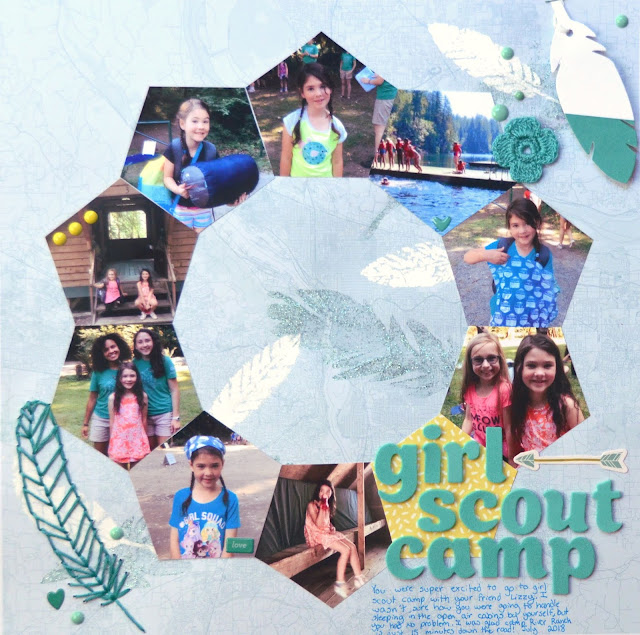 So this is a layout that I made for a mixed media challenge and it isn't at all how I planned for it to turn out.  It started with a long hunt on finding my daughter's girl scout camp photos.  I knew that there were more of her at camp, but never found them.  I wanted to do a layout filled with triangles, but I couldn't cut a decent triangle for the life of me.  Then I saw a cool sketch with hexagons and planned on doing that.  I happily made a shape on my silhouette and then used it to cut all my photos.  I was playing around, but couldn't get my photos to line up like the sketch.  I was super puzzled and then I realized why.  I made pentagons instead of hexagons!  I played for a long time with my pentagons trying to get a layout that I liked and eventually came up with this flower shape.  Overall, it's a fun layout that is drastically different then my normal layouts, so it's a refreshing change.