It took a while, but I finally got my squares cut out.  I just love the colors! 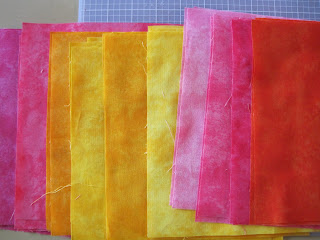 I then cut out all my bunnies, but I found out later it might have been easier if I didn't cut them all out. 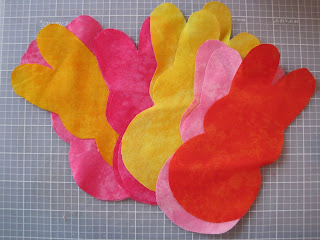 I matched the bunnies to different squares. 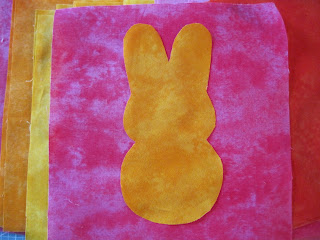 Then I placed out all my squares to how I wanted them, randomly. I labeled them all (A1-G5) so I could iron them all and know where they go.  Then I ended up spending a long time ironing... 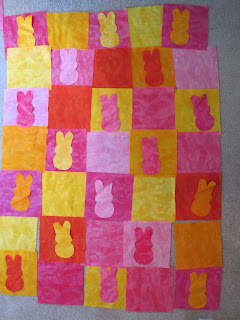 Posted by Saskia at 4:26 PM No comments:

My First Quilt Ever 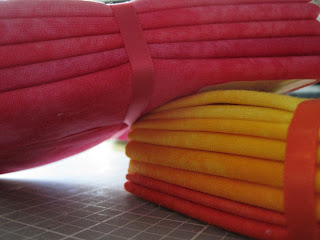 I have decided that I'm going to make my first quilt ever. I don't really have any idea on how to make one so it's going to be a big learning activity and I bet I will be making it all wrong. I am following a tutorial over at Obsessively Stitching, but I'm changing it up a bit.  I have cut just a few squares so far and I realize that this is going to take forever.  Luckily, today I'm a very good mood because in one week I will be flying back to Rochester, NY for my baby shower.  I can't wait to see all of my family. =)  Now I better get back to making those squares!
Posted by Saskia at 2:09 PM No comments: 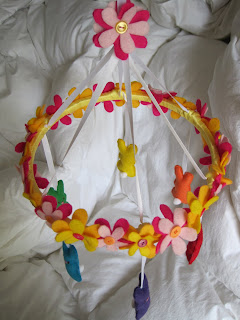 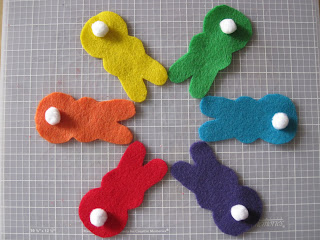 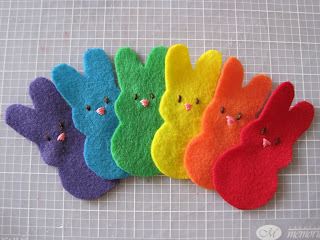 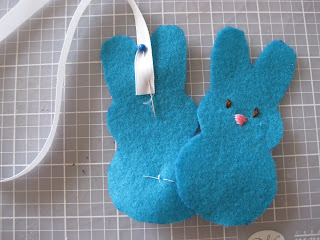 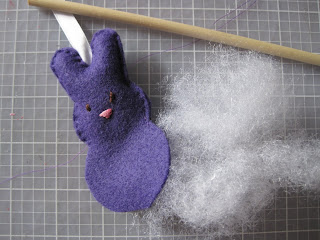 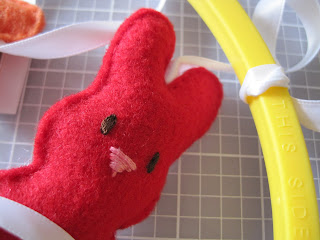 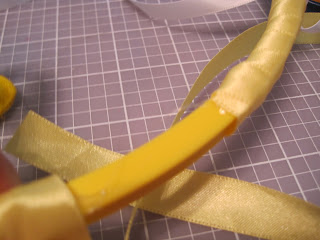 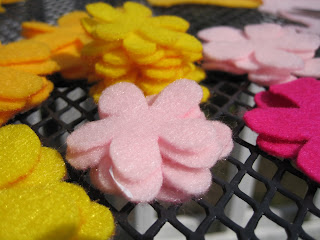 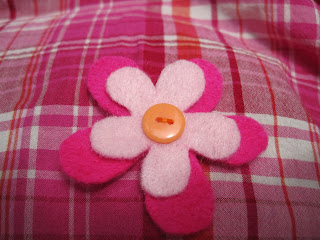 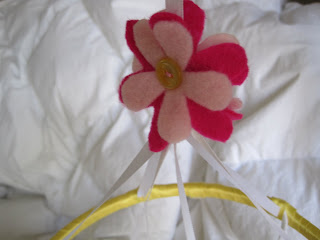 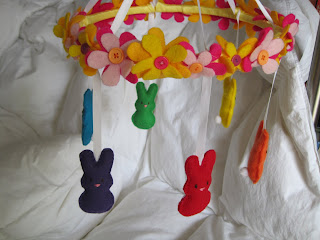 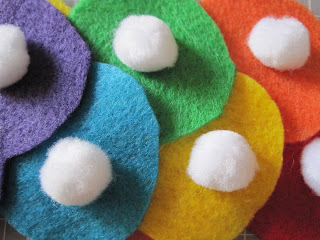 I wanted to have my project finished today, but I decided that I was going to do all the sewing by hand, so it is taking a lot longer. I also don't have any orange and purple thread. Off to the store I go!
Posted by Saskia at 4:54 PM No comments: 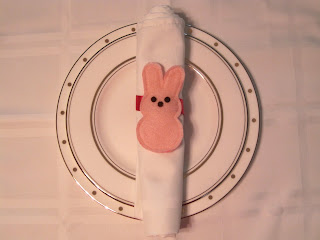 Easter might have come and gone, but I just love my bunnies so I made these cute napkin rings. They are super easy to make. 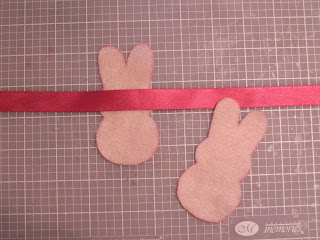 Just cut 2 bunnies out of felt and lay some ribbon on top of the first one. 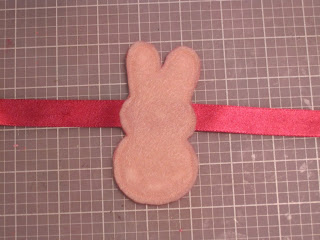 Lay the second bunny on top and sew around (or glue a little bit first and then sew). 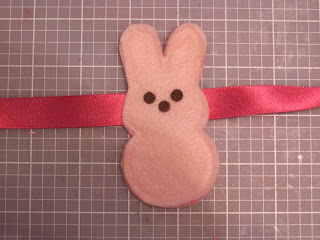 Finally, and some eyes and a nose with some paint (Use the end of an eraser. It makes circles super easy and fast). Then let dry and tie around some napkins. =)
Posted by Saskia at 6:49 PM 1 comment: 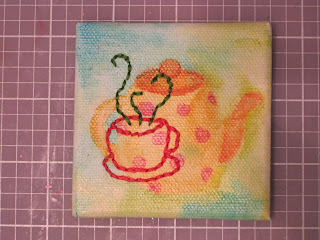 Just another cute 3x3 painting. It's nice to have a craft that doesn't take days to work on. Now I just need to turn it into a magnet. =)
Posted by Saskia at 11:52 AM No comments: 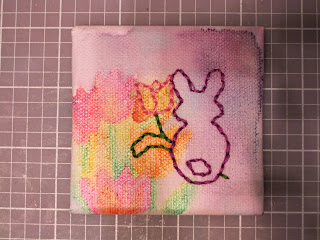 I wanted a fast little project to do and I have a few 3x3 inch canvas squares, so I took one and made a little water color on it. Well, I'm not that good at water color so once it dried, I stitched a little bunny and tulip on it. It's cute for it's little size and looks better in real life. I might have to try this on one a little bigger. Maybe I can put some magnets on it and stick it to my fridge...as if I don't have enough magnets to begin with. =)
Posted by Saskia at 12:43 PM No comments: 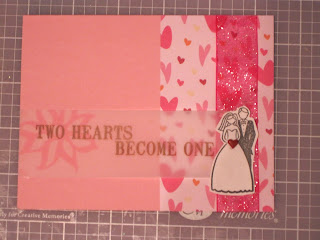 I just made this card real quick for a second cousin who is getting married in a few weeks. It's nothing too fancy since I haven't seen her in a good 10 years or so, but I wanted to send a little something. Basically it is just some left over scrapbook paper, ribbon, vellum, stamp, and one very cute little heart brad.
Posted by Saskia at 10:52 AM No comments: