Flower Box and a Layed Back Tutorial 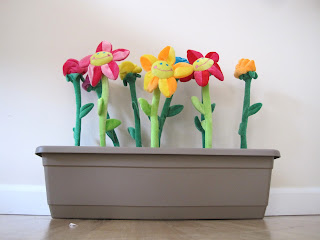 I've been wanting to make a flower box for Moose a long time.  Well I was at Target and in the dollar section they had a bunch of these flowers and I knew I had to get them for the flower box I was dreaming of.  Now I kept putting off making the box because I had planed to make the box out of wood and that meant I needed a saw...and I just kept holding off on buying one.  Then it hit me one day, I have three flower boxes in our garage that we no longer use. So I cleaned the box out and started my project.
What you need:
1. An old flower box, or something you could make one out of
2. Some foam (and something to cut it with)
3. Some brown fabric
4. Hot glue
5. Things to plant in the box (I've also made some carrots in case Moose gets sick of the flowers) 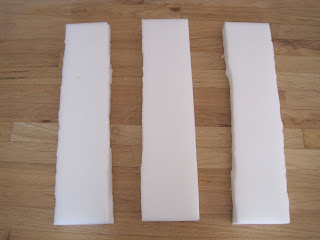 Steps:
1. First I cut the foam into three pieces. Now I did it with scissors because I don't have an electric knife, but I just found out that a bread knife works well and I do have one of those. Oh well.  I eyeballed the entire thing, and if they come out jagged and uneven it really isn't the end of the world.  Is dirt ever even? Nope.  The size you cut will depend on how big your container is. 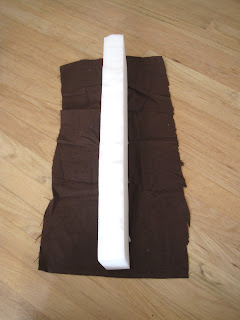 2. Cut your fabric. I had some brown fabric laying around so I used that.  Some pieces were a little smaller then I would of liked, but using scraps is awesome. Your really just need it to cover the top and a little bit on the sides. Now I did iron my fabric, but after I took this picture. 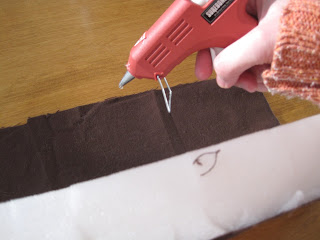 3.  Hot glue it down.  Turns out it is really hart to take a picture while hot gluing. 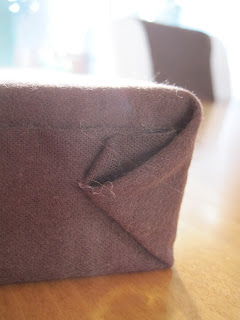 I folded my edges like I do when I'm wrapping presents.
﻿ 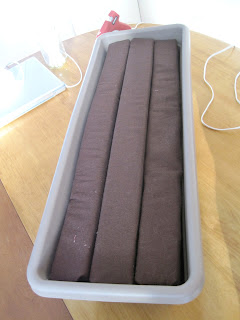 4. Hot glue them down into your container.  If you don't, curious minds might take them out and whack anything they can find with them.
﻿ 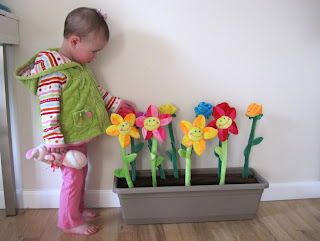 5. Plant your flowers or veggies and enjoy!
I do plan on making cute garden signs and pretend seed packets, but I'll save that for sometime in the future.