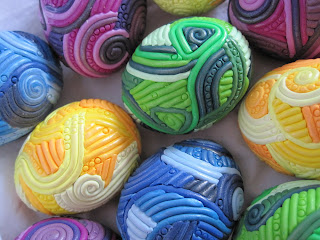 You can't have Easter without Easter eggs. I made these a while ago, but I plan on making some more to fill up a jar-thing-a-ma-jig that I have instead of keeping in an old strainer. They are really easy to make, but for now you will have to just follow worded instructions instead of picture step by steps.
How to Make:
1. Get an egg and blow out the yoke (poke a hole on each end and blow!)
2. Get some sculpty or premo (I've used both) and use an extruder to make some nice long strands. You could just roll some, but they will not be as even.
3. Start sticking all the bits on how you want.
4. I took out the ink thing out of a pen and used the end to make little circles.
5. You can put some glitter on to make it sparkle. I did it on some of them.
6. Bake!
7. You can put a glaze or something of the sorts if you want. I just left them and even with my nieces and nephew playing with them they have held up well. You could put an eye hook on them too so you can hang them. That was my plan at one point, but I never got around to it. =) 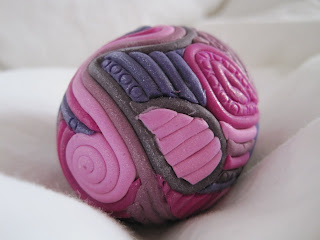 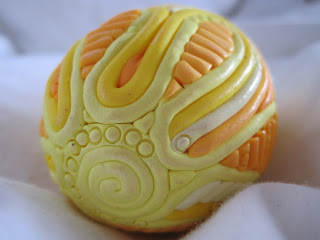 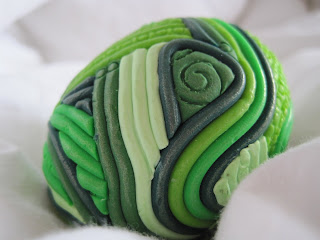 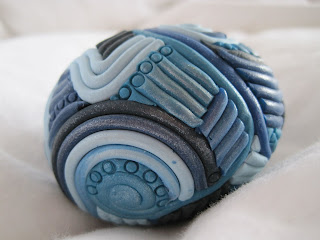